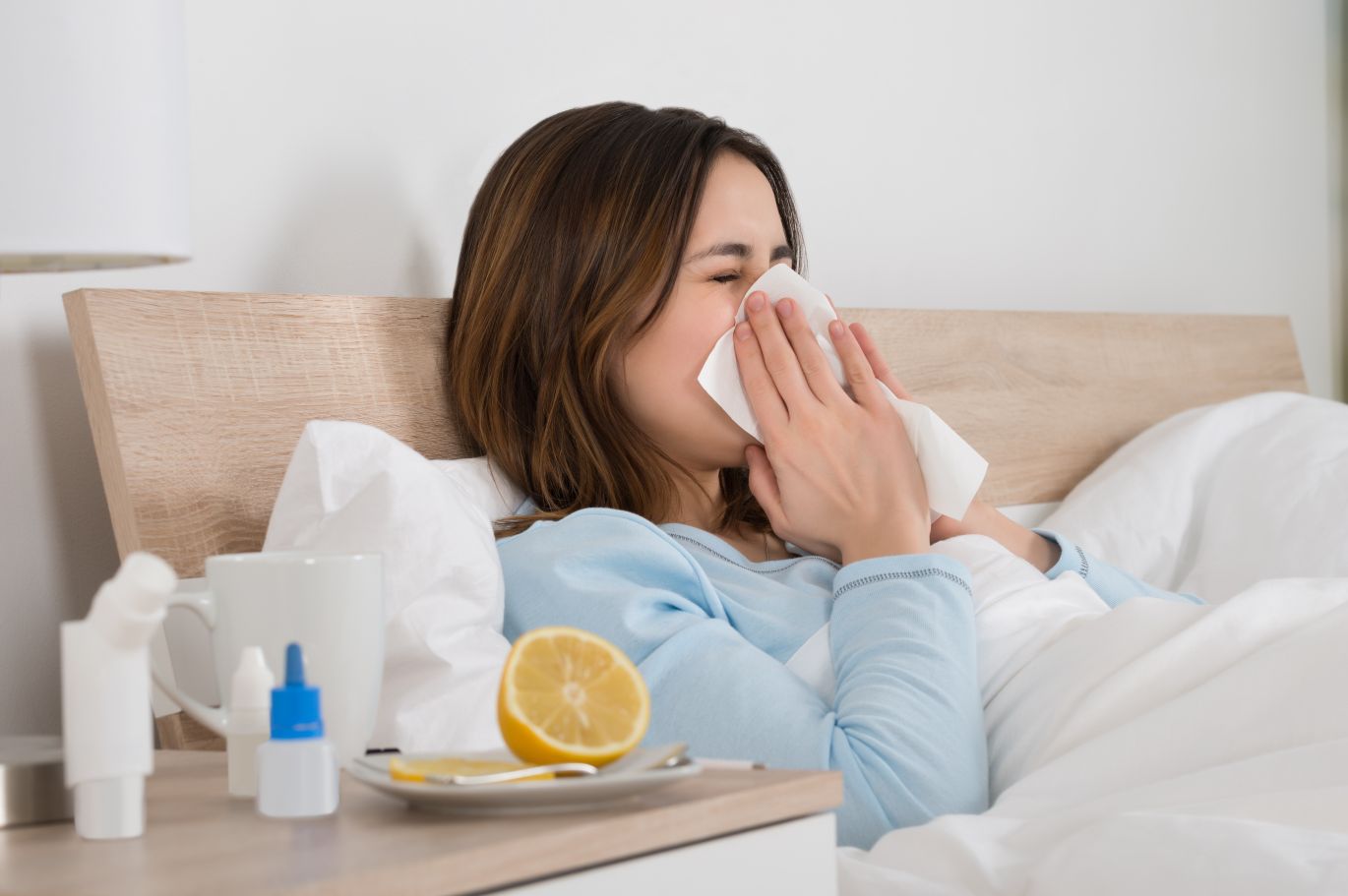 A cold is a general term used to refer to a mild viral infection of the nose, throat, sinuses and upper airways. Adults generally get  2-4 colds a year with children often getting 3-8 a year.

The first symptom of a cold is usually a sore or irritated throat followed by:

coughing – this symptom occurs in one out of every three cases

a general sense of feeling unwell

Symptoms are usually at their worst during the first two to three days before they gradually start to improve. In adults and older children, the cold will usually last for about a week as the body fights off the infection, but they can last up to two weeks in younger children.  The cough caused by a cold can continue for 2-3 weeks after the infection, and other symptoms have cleared.

Causes
Colds are caused by viruses which attack the lining of the nose and throat, inflaming these areas. As they become inflamed, they begin to produce more mucus, resulting in a runny nose and sneezing. Colds can be easily spread when you cough or sneeze.

To prevent the spread of colds:

wash your hands regularly and properly

always sneeze and cough into tissues and dispose of them immediately.

use your own cup, plates, cutlery and kitchen utensils

use disposable paper towels to dry your hands and face

Treatment
Antibiotics do not work against the cold as they are caused by viruses.

Over-the-counter cold medication:
These will often contain a painkiller such as paracetamol or ibuprofen and a decongestant to help reduce the swelling in the nasal passages and help breathing. Decongestants are also available as a nasal spray – these should not be used for more than seven days as prolonged use can make your congestion worse. Some remedies may also contain an anti-histamine to help dry up the sinuses. These can make you drowsy so care is needed if you are driving or operating machinery.

This type of medication will help control the symptoms of a cold but do not help to fight off the infection. Decongestants are not suitable for children under six years old.

Herbal remedies
Products containing Echinacea purpurea can help reduce the severity of symptoms and speed up recovery. Echinacea products are not recommended for use in children.

Vitamins
Taking a zinc supplement within a day of the symptoms starting have been shown to lessen the severity of symptoms and speed up recovery.
Recent evidence has shown that taking Vitamin C does not prevent people from catching a cold, but it might speed up recovery.

Menthol
Menthol rubs, drops and plug-ins can help soothe the symptoms in children from 3 months of age.

Saline drops and sprays
These rinse excess mucus from the sinus passages reducing symptoms. They can be used from birth onwards.

Try and get some exercise.

Eat healthily, and ensure to get your five a day of fruit and veg.