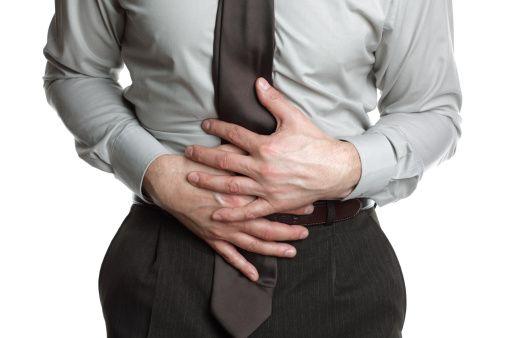 Diarrhoea is the passing of loose or liquid stools more than three times a day. It occurs when fluid cannot be absorbed from the bowel, or extra fluid is secreted into the bowel causing watery stools. It affects almost everyone at some point in their life and will usually clear up in two to four days.

Some people will also have:

Diarrhoea is usually a symptom of gastroenteritis (a bowel infection), which can be caused by viruses, bacteria or parasites.

Other causes of short-term diarrhoea include:

Drinking too much alcohol.

Damage to the lining of the intestines as a result of radiotherapy.

The following medicines can sometimes cause diarrhoea:

The following conditions can cause persistent diarrhoea:

Coeliac disease – A sensitivity to gluten.

Inflammatory bowel disease such as Crohn’s disease and ulcerative colitis.

Loperamide e.g. Imodium, Arret - These over-the-counter medicines slow down the movement of the bowel allowing more water to be reabsorbed, resulting in firmer stools that are passed less often. Loperamide should only be given to children under 12 years on the advice of a doctor.

Antibiotics - Antibiotics are not effective in treating most cases of diarrhoea. They are often recommended, however, for ‘traveller’s diarrhoea’ which is caused by ingesting contaminated food or water while abroad, commonly in developing parts of the world.

totalhealth pharmacist’s advice
You should see your doctor if you:

Have blood or pus in your stools.

The symptoms last more than one week.

Children become dehydrated more easily than adults and fluid intake is extremely important. You should contact your GP if your child has had more than six episodes of diarrhoea in the last 24 hours.

Continue to feed breast and bottle-fed babies as normal.

Ways to prevent diarrhoea include:

Washing hands thoroughly with soap and warm water after going to the toilet and before eating or preparing food.

Cleaning the toilet, including the handle and the seat, with disinfectant after each bout of diarrhoea.

Washing soiled clothing and bed linen separately from other clothes and at the highest temperature possible.