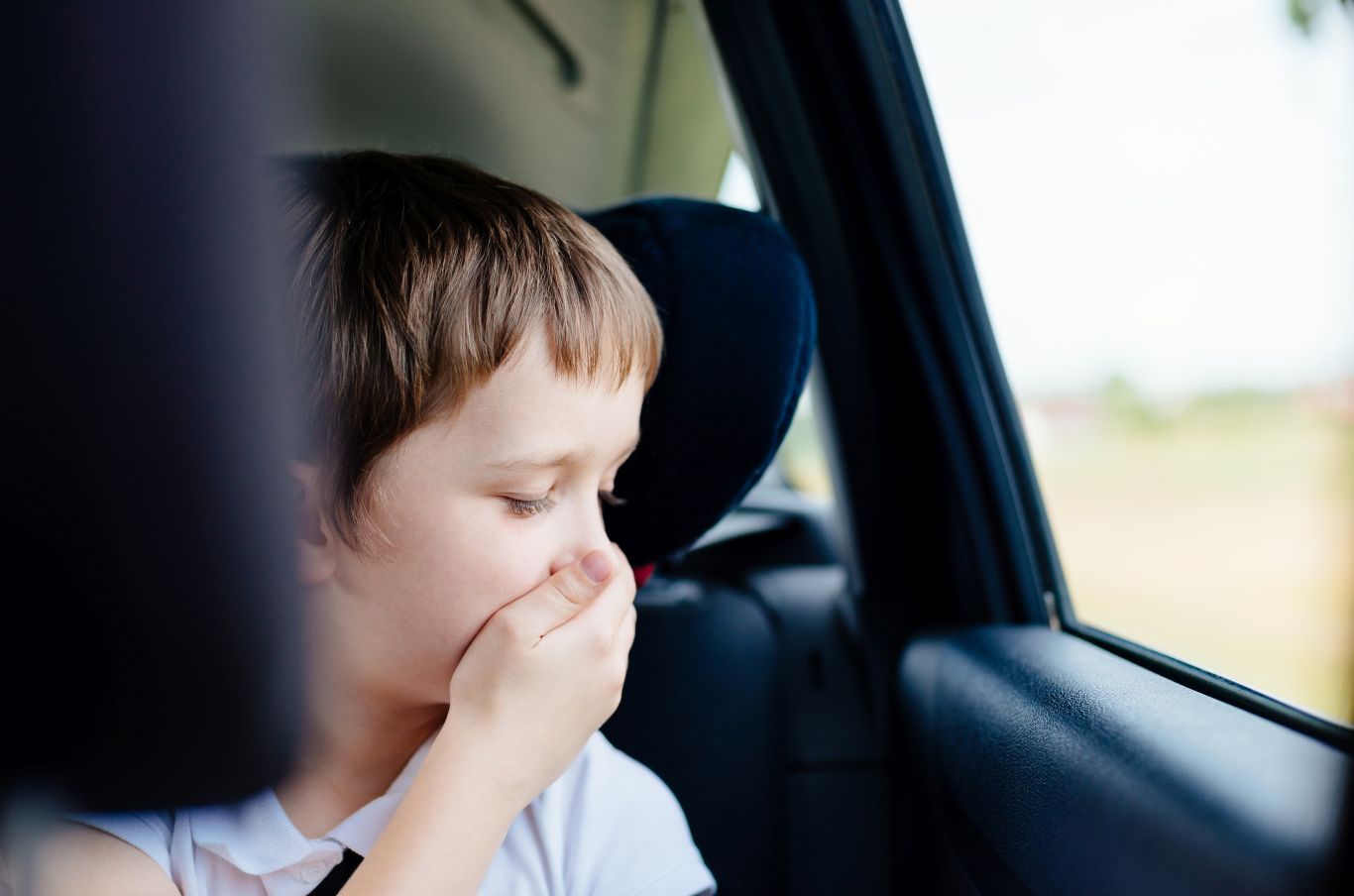 Motion sickness is a term that describes an unpleasant combination of symptoms that can occur when you're travelling. It is caused by your balance mechanisms in your inner ear feel different signals to those that your eyes are seeing, which then sends your brain mixed, confusing messages. For example, you can get motion sickness when travelling by car because your eyes tell your brain that you're travelling at more than 30 miles an hour, but your vestibular system (inner ear) tells your brain that you're sitting still.
Common symptoms of motion sickness may include:

an increase in saliva

nausea and vomiting
Some people also experience additional symptoms, such as:

Motion sickness is more common in children aged 3 to 12.

Treatment
Hyoscine (e.g.Kwells)
This over-the-counter medicine works by blocking some of the confusing nerve signals going to the brain. It is generally the most effective treatment for motion sickness. You should start taking it 30 – 60 min before your journey. It can cause drowsiness, so it should be avoided if you are driving. It can be used in adults and children over 10 years old.
Antihistamines (e.g. Stugeron, Phenergan)
These are less effective than hyoscine, but cause less side effects. They prevent the nausea caused by motion sickness and can be used in children from 2 years.
Alternative treatments

Ginger has been used for many years to treat nausea. It can be eaten as a biscuit, a tablet or drank as tea.

Acupressure bands are stretchy bands worn around the wrists that apply pressure to a particular point on the inside of your wrist between the two tendons on your inner arm. Although acupressure bands don't cause any adverse side effects, there's little scientific evidence to show they're an effective treatment for motion sickness.

totalhealth pharmacist's advice
Mild symptoms of motion sickness can usually be improved using some of the following self care techniques:

If possible, choose a cabin or seat in the middle of a boat or plane, because this is where you'll experience the least movement.

Use a pillow or headrest to help keep your head as still as possible.

Focus on a distant, stable object such as the horizon, or close your eyes.

Avoid reading or playing games as this may make your symptoms worse.

Open windows or move to the top deck of a ship to avoid getting too hot and to get a good supply of fresh air.

Relax by listening to music while focusing on your breathing or carrying out a mental activity, such as counting backwards from 100.

Avoid eating spicy or greasy foods and large meals before and during the journey.