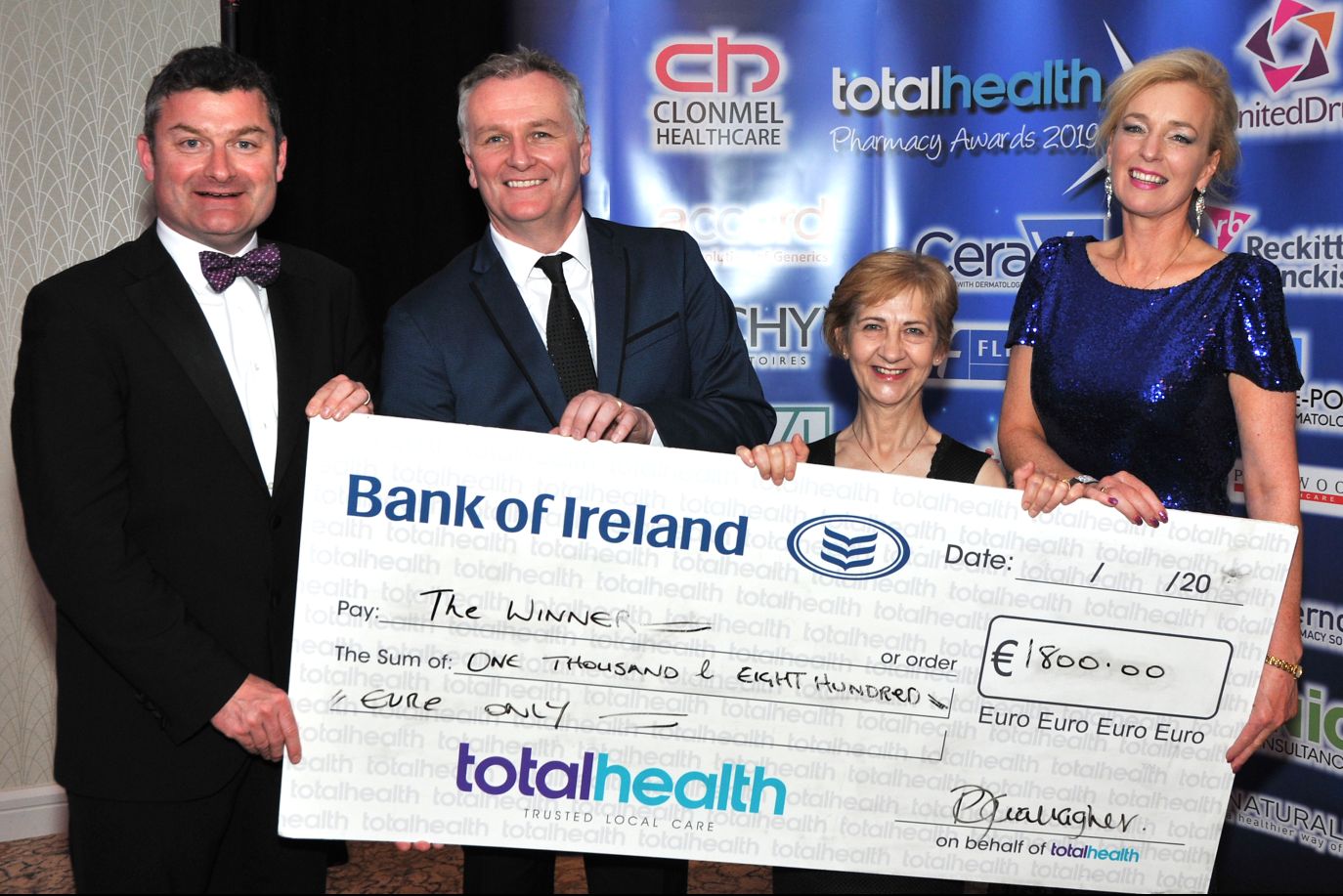 The 4th totalhealth Pharmacy Awards took place on Sunday 5th May in the Hodson Bay Hotel, Athlone. The event was attended by 270 members and partners of Ireland’s largest co-operative pharmacy group. Dáithí Ó Sé, RTE personality and Rose of Tralee host, returned to host this year’s celebration of the achievements of totalhealth pharmacies and their team members.

The event included the chance for one attendee to win a donation to their favourite charity from the proceeds of a Charity Raffle. Mary Gurren from  Curley’s totalhealth Pharmacy, Ballyhaunis, had the golden ticket and chose to donate the €1,800 prize to Mayo Roscommon Hospice Foundation.  The charity exists to provide palliative care services to people with life-limiting illnesses and their families in County Mayo and County Roscommon.

Mary explained why she chose this particular charity: ‘This is an issue that has or is going to affect every one of us at some point. Those working in palliative care do something very special and very important. I’m delighted to be able to help them!’

Joanne Hynes commented ‘we’re thrilled at this surprise support from Mary and from totalhealth. The team has already been supporting us with our local events so this is a fantastic bonus. Our team works tirelessly to support patients and families at an incredibly difficult point of their lives; every bit of funding makes a massive difference.’

Recognising excellence in standards and service, the totalhealth awards acknowledged the contribution by pharmacies and their teams to patient health and customer satisfaction, as well as their engagement with their local community.

totalhealth Pharmacy is one of Ireland’s largest symbol groups, comprising over 75 independent pharmacies, owned 100% by its members.