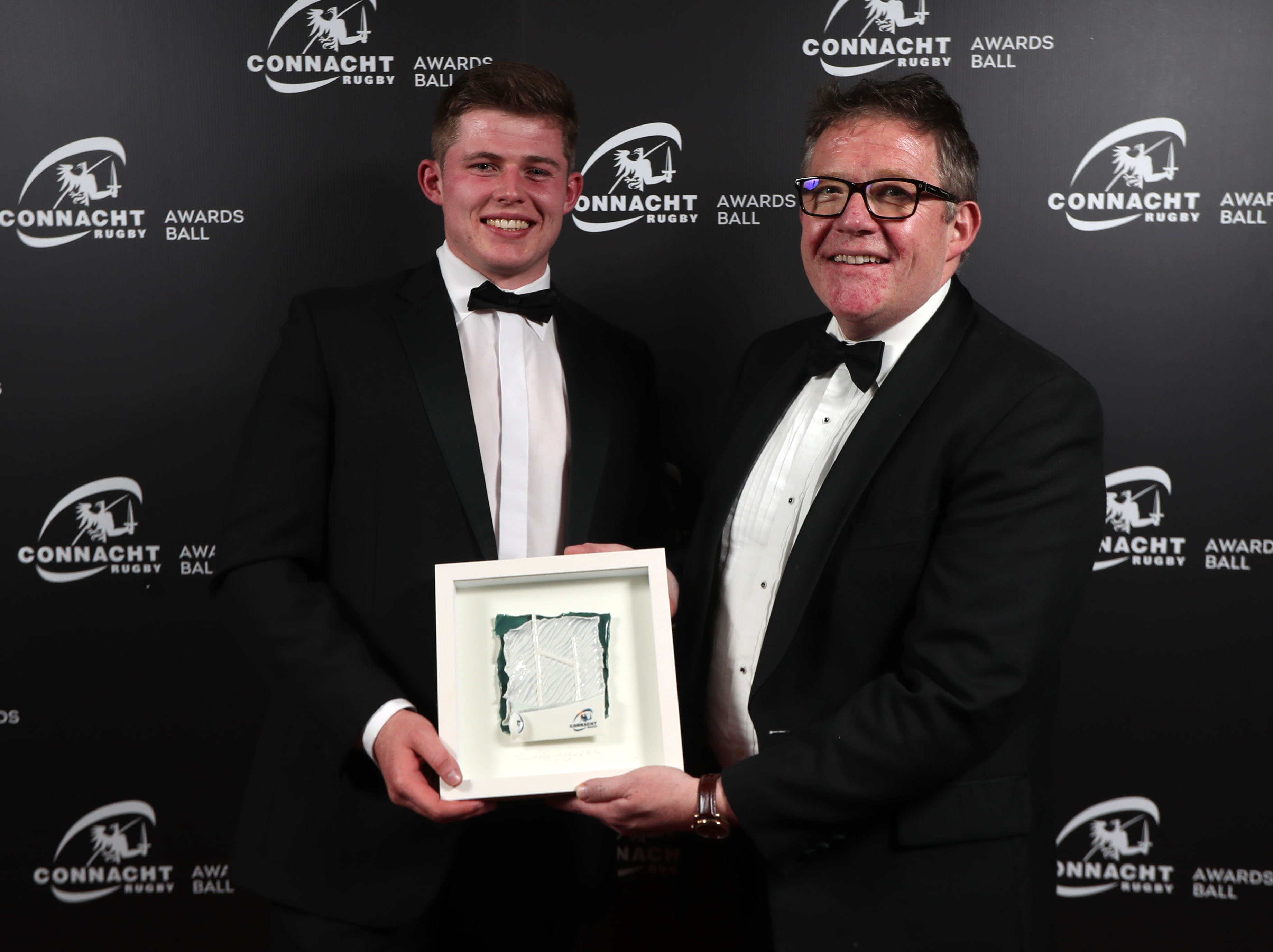 totalhealth Sponsor Connacht Rugby U18 Player of the Year Award

totalhealth Pharmacy were delighted to sponsor the U18 Player of the Year at the  Connacht Rugby Awards Gala Dinner held in Galway.

Kenny Concannon from Reilly’s totalhealth Pharmacy from Belmullet, a very keen Connacht supporter, was delighted and privileged to be invited to make the presentation.

Darragh Murray (Buccaneers/ Coláiste Ciarán) was the overall winner of the U18 Player of the Year Award.

The sponsorship of the Award was the culmination of a great year partnering with Connacht Rugby supporting their youth programme. In 2018, totalhealth were delighted to sponsor the Connacht Rugby Summer Camps that happened in 18 locations throughout Connacht. Following that totalhealth continued the sponsorship with supporting their Autumn Skill Camps.